Why Standing Desks Are Essential For Artists, Just Ask This Manga Artist

Why Standing Desks Are Essential For Artists, Just Ask This Manga Artist

fight the negative effects of an inactive lifestyle and prolonged sitting.

In February 2015, Yoshikazu Hamada decided that he had enough of the standard seated workstation. He created several prototypes of artist table desks in an attempt to find the most comfortable position that would allow him to draw, think, and focus on his manga drawings.

One of his DIY standing desks models has a head-to-toe “backrest” while another one only had a pelvis “support.” However, his most recent design has been perceived by his fans to be “the most successful.” 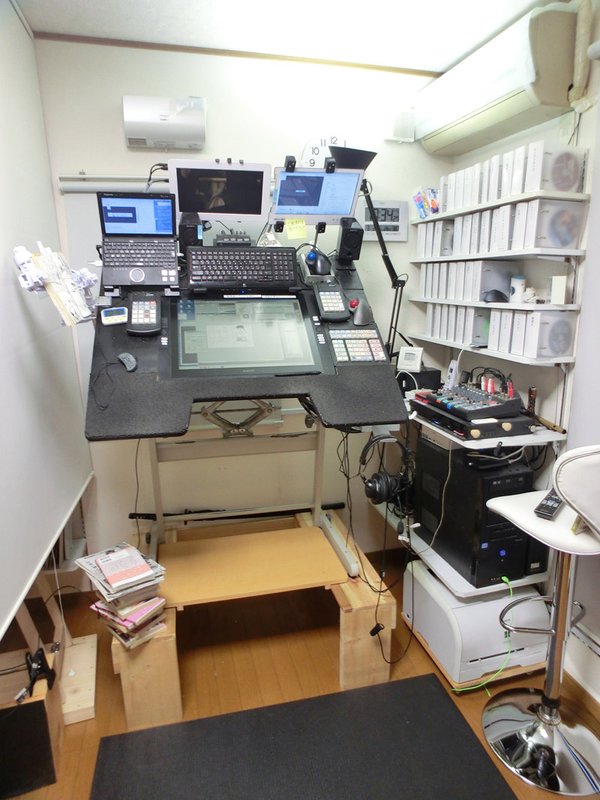 This standing artist desk has a tilted tabletop (at about a 45 degree angle) that can minimize wrist strain when drawing for long hours. He also included fasteners that can hold a lamp, computer screens, keyboards, and other gadgets in place.

Standing Desks Are A Healthy Option

improve the user’s focus, energy level, mood, and even health. With one-touch digital height adjustment, 15-minute assembly, and free shipping, we believe HomeBase is the only standing desk your will ever need.

Most standing desks today just offer a flat tabletop whose height can be adjusted depending on how tall the user is. Designed and built in Denmark, HomeBase brings commercial-grade materials and engineering into your workspace with over 100+ customizable sizes, colors and worksurface combinations.

Standing Desks Can Help Anyone

To find the right Standing Desk for your working style check out link here:

Should I Be Using a Stand Up Desk?